Princess Diana would be very disappointed with her sons split 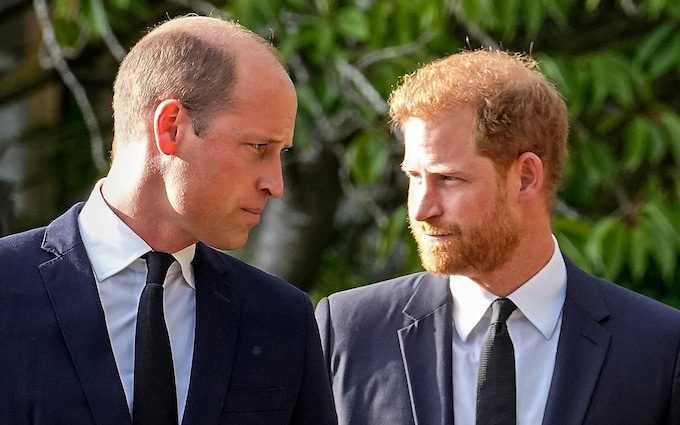 Princess Diana would be very disappointed with her sons split

Aside from their super public drift and drama between the two, Prince Harry and Prince William have decided to come together. They did it in unison to honor their late grandmother Queen Elizabeth at her funeral and other ceremonies. In addition to their grandmother’s passing, it also brought up feelings of sadness for their mother Princess Diana. ET spoke to Andrew Morton, a royal biographer for his insight on the dynamic between the two brothers as he shared, “Well, the one thing that she would be really furious about is that they had this split.

She always said to me, not just once, but on several occasions, that Harry is William’s backup in the nicest possible way. He’s his wingman, he’s the one who helps William in this difficult job that he will have in the future. That’s because it’s a lonely job. And she always felt that Harry should be there as his backup. And I think everybody wants them to come back together again because together they are so much stronger.”

On September 8 it was announced to the world that Queen Elizabeth III has officially passed. Many family members rushed to be next to her side. After her passing, there was questioning about what Prince Harry was going to do amid the drift he’s had with his brother Prince Williams. On September 10th it was seen for the first time in a while Prince William, Princess Catherine, Prince Harry, and Meghan Markle teamed up and go public together out of respect for the passing of the Queen.

Andrew Morton also shared his feelings on the two brothers coming together during this time. He said, “Well, they’ve gone through this week or past few days out of respect and love for the queen. And they behaved impeccably. Will they come back together? It’s down to those two,”