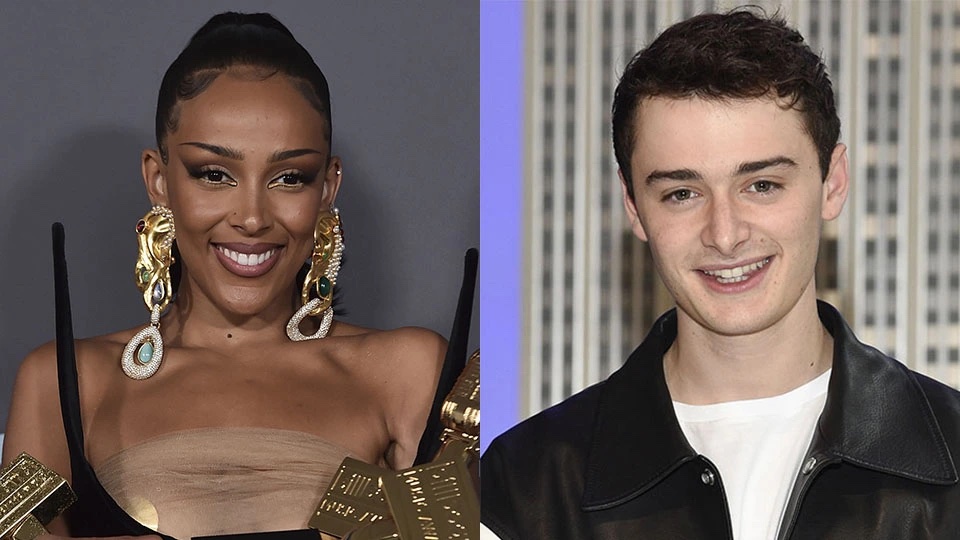 The unexpected feud started after Doja messaged Noah about her crush on Joseph! She asked him to tell Joseph to hit her up and Noah replied suggesting she slide into his DMs and sent over Joseph’s IG profile! Doja seemingly assumed this conversation would remain private. Noah though posted their exchange in a since deleted tiktok!

Doja first simply commented on Noah’s tiktok writing: wow that’s lowkey whack of you but go off I guess but her shade didn’t stop there! She addressed the situation in a livestream with fans calling Noah’s actions degrading and exploitative. Initially she explained to fans she was trying to be chill about the situation because Noah, who is 17, is young saying: “When you’re that young, you make mistakes. You do dumb shit.” BUT she still called him out adding: “The fact that Noah did that, like went and posted a private conversation between me and him is so unbelievably socially unaware and wack,” she went on. “That’s like borderline snake shit, that’s like weasel shit.”

Some fans think Doja is overreacting. They are calling her a bully while others think Noah was way out of line. But Noah hasn’t publicly addressed Dojas statements and is seemingly hoping this all blows over…