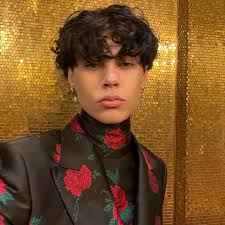 Charli D’Amelio’s boyfriend Landon Barker just posted a TikTok finally explaining why he’s been calling himself “partially insane” lately. And just like some fans might have guessed, it has nothing to do with his relationship with Charli, and everything to do with him promoting new music.

As Landon posted a TikTok of himself holding up a lighter and singing along to an untitled track by him. The lyrics were, “I’m partially insane, I’m trying hard to show you, this is all I am.”

At first, fans thought Landon calling himself “partially insane” was his response to rumors that Charli was cheating on him. After Charli was spotted getting cozy with a guy who wasn’t Landon at a holiday party. Landon posted a sad selfie on his Instagram story with the text “I’m partially insane”. Some fans thought this was his response to the photos of his girlfriend with another guy.

But then it was revealed that Charli and Landon were on a break during that time, as the two posted shots together at the Kardashian’s Christmas party claiming it was their one-day anniversary and they were dating again.

Landon posted these shots on his Instagram main feed with the caption – yep you guessed it, “I’m partially insane [red heart emoji]” and now we know that has nothing to do with him getting back with Charli and everything to do with him teasing new music.