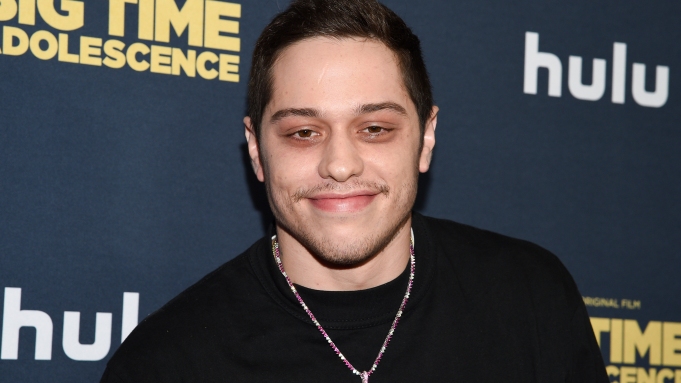 On an episode of SiriusXM’s ‘The Howard Stern Show’, news personality Howard Stern is trying to speculate who Pete Davidson will date next. On his program Howard says, “Kim and Pete dated for nine months. Everyone’s speculating who’s gonna be next. I thinking Pete Davidson could go out with Emily Ratajkowski,” he added. “That beauty. … That would be a good matchup there.” This idea came about because Pete Davidson is known for dating some of Hollywood’s most popular A-list celebrities. As he most recently dated Kim Kardashian for nine months as well as dating Ariana Grande and even proposed to her where that relationship only lasted for five months.

In addition to thinking Emily and Pete would be a good match. Howard also threw a couple of other celebrities into the mix. He thought that Pete’s BDE would attract Margo Robbie even though she is currently married as well ad Drew Barrymore but took back his statement after he decided she may be too old for him.

Howard when on to say that “This guy, he’s unbelievable with the ladies. “Listen, the dude’s a funny dude. He’s successful … he’s a good-looking guy, got a nice physique”. And Howard might be on to something and Emily Ratajkowski even made a statement about Pete back in a 2021 statement saying, “He seems super charming,” she said during a November 2021 interview. “He’s vulnerable. He’s lovely. His fingernail polish is awesome. He looks good!” and when on to say he has a “super-great relationship with his mom,” has “great height” and that “obviously women find him very attractive.”