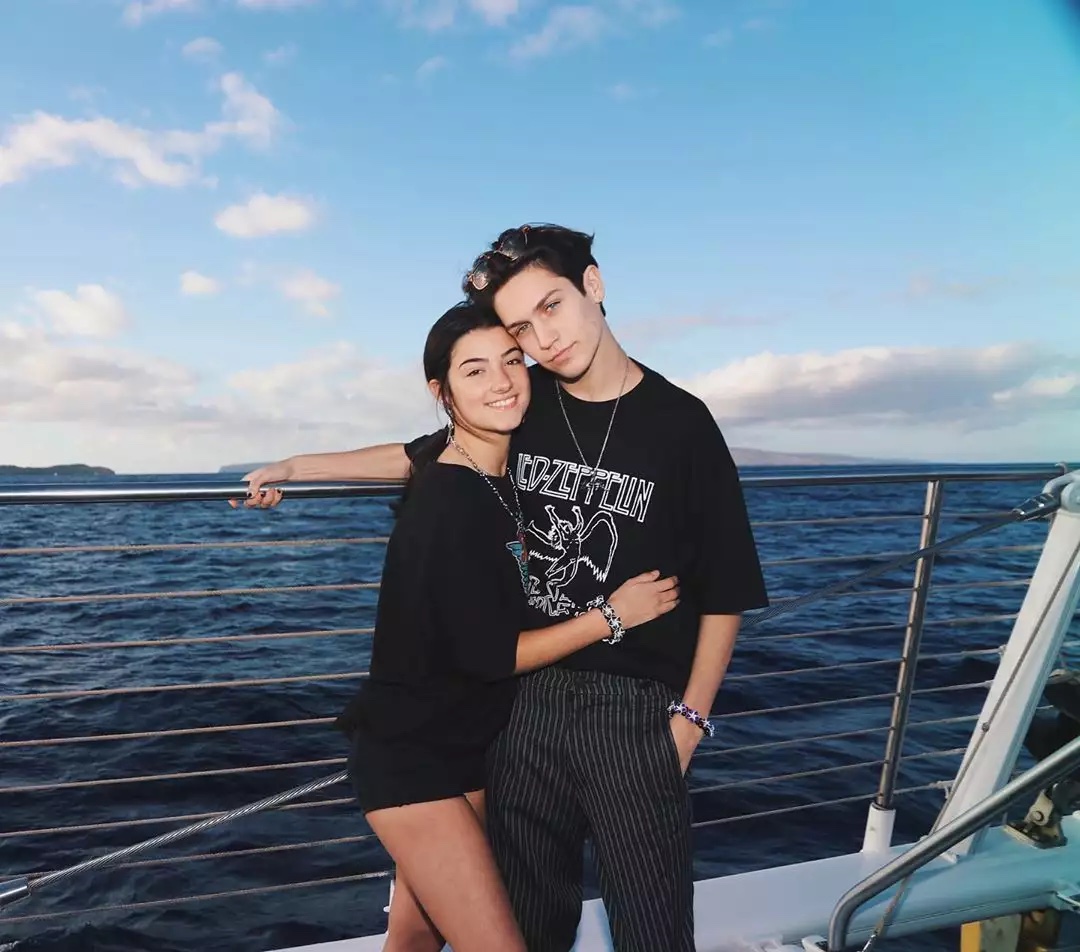 Charli D’Amelio just unfollowed her ex Chase “Huddy” Hudson after he teased his new song presumably about her. Which we now know is called “All The Things I Hate About You.”

Chase just teased his new song on TikTok with the caption, “This might get taken down so listen while you can 7/29.” As he plays a clip from his new song with lyrics like. “Stab me in the back like nothing, never even saw this coming, I watched you make it…lights camera f-it.  You’re a showstopper. A bad liar, homie hopper, drama starter.”

These lyrics -especially the line “homie hopper”. Seems to be about his ex Charli, dating his now former “homie” Landon Barker. Or at least Charli seemed to take it that way. When this clip surfaced, Charli appeared to respond by unfollowing Huddy on Instagram.

Huddy had previously unfollowed Charli, Landon, and Charli’s parents when Charli and Landon were first spotted together.

And now Huddy has revealed that the song he’s been teasing – which appears to be about Charli – is called “All the Things I Hate About You.” And it seems like Huddy already has a new fan – a former best friend of Charli’s –  Madi Monroe – who just liked TikTokRoom’s clip of Huddy’s new song that appears to be dragging Charli…

We might get Huddy’s side of the story soon – as BFFs Podcast with Josh Richards and Dave Portnoy just commented on Huddy’s TikTok teasing his new song saying, “sounds like something you should come on the pod to discuss.”